AFASA Youth wing all geared up for the youth month 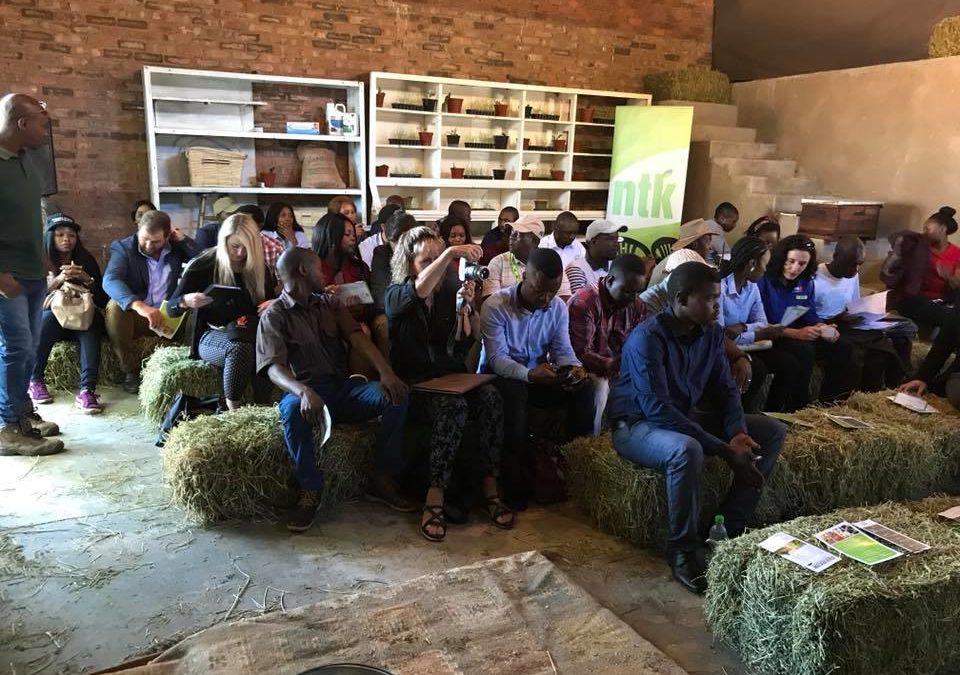 In the build-up into the youth month, AFASA Youth Desk (AFASA-YD) was kept busy in a young farmer mobilization campaign across the country. Supported by Standard Bank, the Youth Desk, spearheaded by Nono Sekhoto, AFASA-YD national chairperson, partnered with local stakeholders in various provinces for the AFASA Youth Roadshows which were hosted in North West, Limpopo, KwaZulu/Natal and Free State. “The aim of these events was to market the AFASA Youth brand, mobilise young farmers, mobilise support from stakeholders for young farmers as well as build a strong relationship with young people who are farming or interested in farming,” Nono explains.

The first Roadshow kicked off on the 9th of April in Ventersdorp, North West, where Senwes partnered with AFASA as a local sponsor to host about 20 young farmers, 10 senior farmers and 25 agricultural-studies’ students from various institutions. There, among others, the young farmers learned interesting aspects of olive tree farming as a niche from a local farmer.

The second leg of the Roadshows took place on the 19th of April in Modimolle, Limpopo on the youth owned Legae La Banareng farm. A number of stakeholders, NTK, Talitha Pharma, RSA, and Nuffield International scholars were part of the event. About 108 young farmers from across the province attended the event. Standard Bank shared strategic pointers on how to understand their financial products for small business whilst NTK enlightened the farmers on their work with developing farmers. An idea of establishing a young farmer academy in partnership with government was entertained. Topics on taking advantages of niche markets such as goat raring, farming with indigenous plants, and animal health were also part of the discussions.

About 160 young farmers, agricultural students, and other senior AFASA members graced the KwaZulu Natal Roadshow on the 11th of May at the Cedara College of Agriculture in Hilton. The KZN AFASA Youth team managed to bring on board a number of stakeholders such as Masisizane Fund from Old Mutual, South African Suga Association (SASA), KZN Department of Economic Development, Tourism and Environmental Affairs (detea). “The focus around the presentations was to empower young farmers on how to access different types of funding, introduction to a few organized groups for different types of livestock; understanding how to get into cane production and the many opportunities for developmental support that is available in that industry,” explains Nono. Another important topic was a discussion held around understanding the opportunities and challenges faced by young farmers on the ground.

The last roadshow took place on the 8th of June 2018 in Free State.

Over the last 2 years, Nono has done a splendid job in laying the foundation for a fully functional AFASA Youth Structure to be launched soon. Under her stewardship, an annual AFASA Young Farmers Summit, which is currently in its third year, was established and attracts many young farmers (and youth) across the country. The summit assists the young farmers and aspiring farmers in forging relationships with a number of relevant stakeholders. The youth desk is very active in engaging young farmers through various social media platforms, most notably, is the Facebook group “AFASA Youth – National”, which now boast 2200 members.

“A great thank you to the sponsors and stakeholders who participated at all the Roadshows. Their contribution is an affirmation that opportunities for young farmers are plenty and AFASA Youth will facilitate the realization of some of those opportunities,” Nono concludes.