AFASA Youth represented in a number of important industry platforms 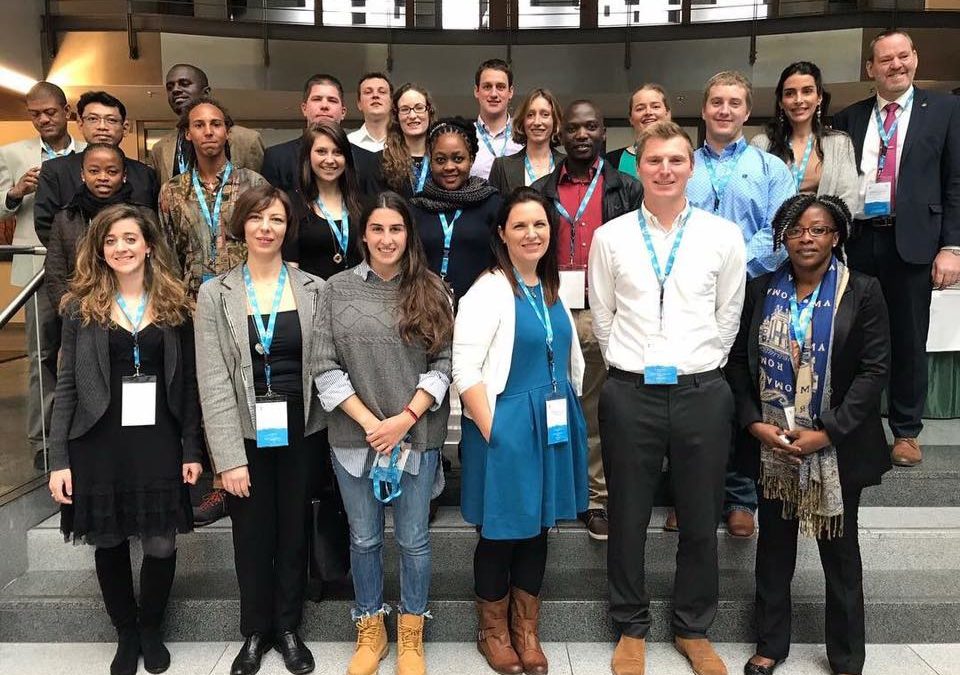 World Farmer Organisation (WFO) Gymnasium in Berlin Germany
WFO organized a two-year leadership training programme to develop young farmer leaders from member associations, of which AFASA is one of the members. The AFASA Youth Chairperson is part of the 22 young farmers selected from around the world.

Harvest Time Investment (AFGRI) Agribusiness Training Camp in Pretoria, GP
AFASA Youth facilitated the training of 14 young farmers from across the country, which was funded and organized by Harvest Time Inv. at their training farm. The group was made up of the delegates who won the competition at the Annual AFASA Young Farmers Summit (AAYFS) 2017, and young farmers who were paid up members were also invited to attend. There are plans to make this training programme available for more farmers on a regular basis in the near future.

Southern African Confederation of Agricultural Unions (SACAU), in Boxburg, GP
SACAU organized a training session on climate change and climate-smart agriculture. The AFASA Youth Chairperson was invited to attend this very informative session. With the knowledge learned, the Chairperson has recognized the need to share this knowledge with fellow farmers and will include climate-smart agriculture as the lecture session at the Annual AFASA Young Farmers 2018.

Sugar Industry Youth Colloquium in Durban, KZN
SASA invited various stakeholders from the industry in order to find solutions to one of their challenges, which is to attract and retain youth in the sugar industry. The AFASA youth desk was invited to share the work it has been doing to empower youth in agriculture and particularly give insight and advice to SASA on how they could overcome their challenge.

NAMPO Nation in Conversation in Bothaville, FS
AFASA Youth Desk, represented by its chairperson Nono Sekhoto, was part of the panel discussion themed “How do youth see agriculture in SA”. Nono took advantage of this opportunity to voice out concerns shared with her from many young farmers engaging the organization on their challenges, frustrations, and aspirations. Nono also contributed by offering some solutions while also sharing with the audience the current work that AFASA Youth is doing to address some of those concerns.

Land Forum Dialogue in Sandton, GP
With land reform being such a big topic in the country, AFASA was invited to attend the widely covered dialogue on land which was initiated by Parliament and hosted by various stakeholders in the agricultural sector, the legal fraternity as well as the human rights sector. The AFASA Youth Chairperson made a contribution to the discussion and also expressed her disappointment with the low inclusion of youth in the dialogue. With this in mind, AFASA Youth will make plans to host a similar dialogue in order to hear more youth voices on this subject.

World Farmers Organisation General Assembly in Moscow, Russia
WFO invited the young farmers from the WFO Training Gymnasium to attend the event. This was an opportunity for the young farmers to be introduced to the members as well as showcase their capabilities and talent during the sessions where they were asked to contribute to the discussions. The overarching theme was climate change and The AFASA Youth Chairperson was assigned to a workshop under the heading “Advancing climate-smart agriculture along the food value chain” and she was asked to talk on “Enhance farmers’ fair access to the food chain”. This was a subject that she had lots to share on, as the AFASA’s work is centered around facilitating the members to get fair access to the value chains.